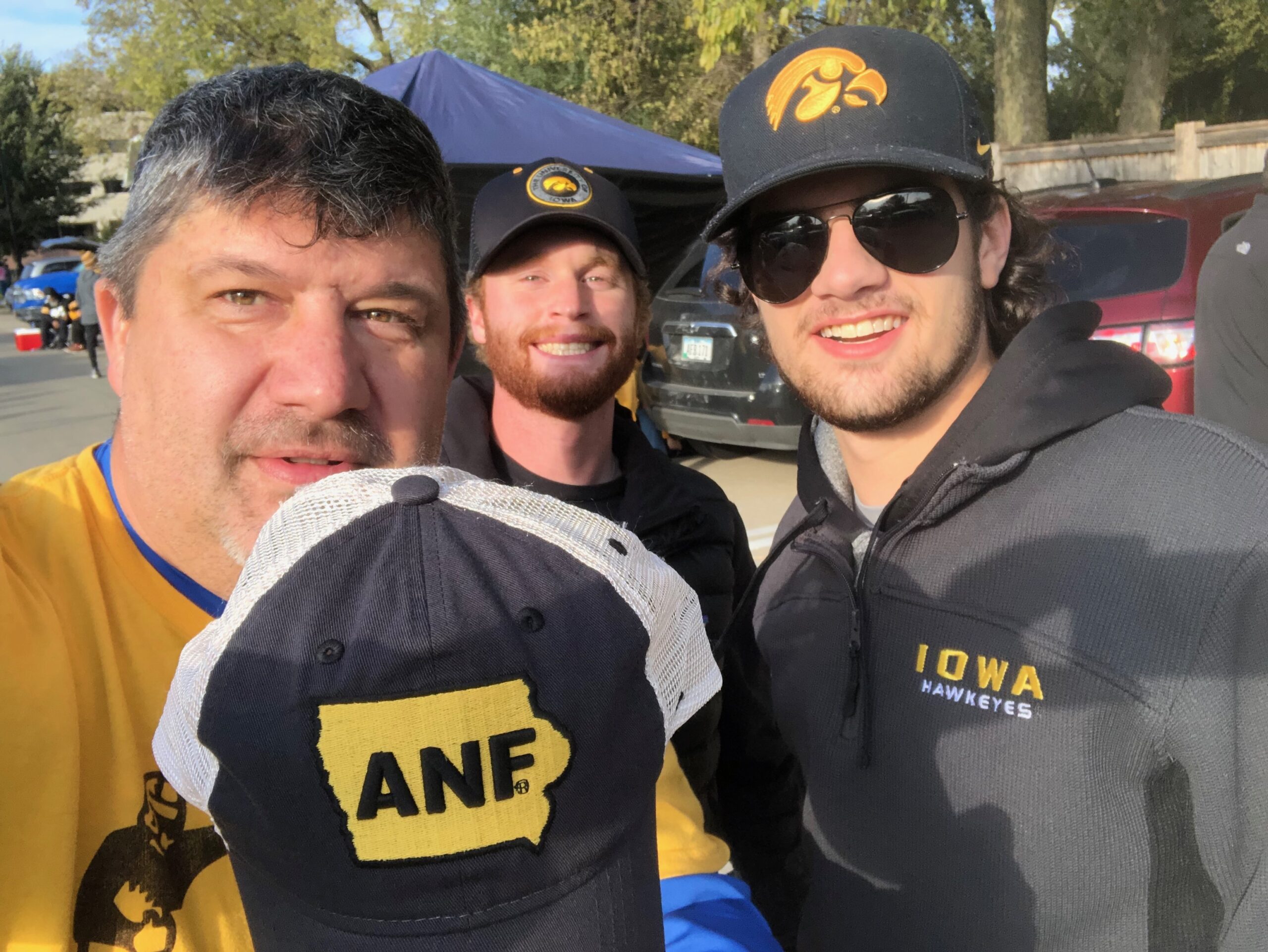 Tailgating with Iowa Hawkeyes football fans who welcomed me with open arms. The "ANF" stands for America Needs Farmers, a tribute to hard-working Americans which appears on the helmets of all Iowa football players.

And I’ve been to World Cup and Premier League games all around the world. Nothing like a college football game or the massive tailgates before the game. I always tell Europeans, if they want to experience the true grandeur of American culture, go to a major college football game. It’s epic. It’s magical.

Went to my very first Iowa Hawkeyes football game last year. October 12, 2019 against Penn State. Literally just showed up by myself on a whim.

There’s a bit of a back story. Several months before I met a couple from Iowa at a breakfast bar in Key West. They were excited I knew so much about Iowa football and they invited me out to a game.

Couple months later I met a group of Iowa football fans at a bar in Park City, Utah. We totally hit it off. So they invited me out to a game, too.

So I showed up in Iowa City back in October for the Penn State game. Messaged via Facebook one of the guys from Park City.

He hooked me up with his buddies who welcomed me with open arms. Iowa fans really know how to tailgate. Tons of beer. Music. Miles and miles of parking lots. Pretty epic.

However it was here at this tailgate that I received the saddest news of all time. Apparently, Hawkeyes fans have resigned themselves to drinking beer double extra heavy here on Earth because they cannot do so in the afterlife.

Tulips at the Porta Nigra in Trier, Germany