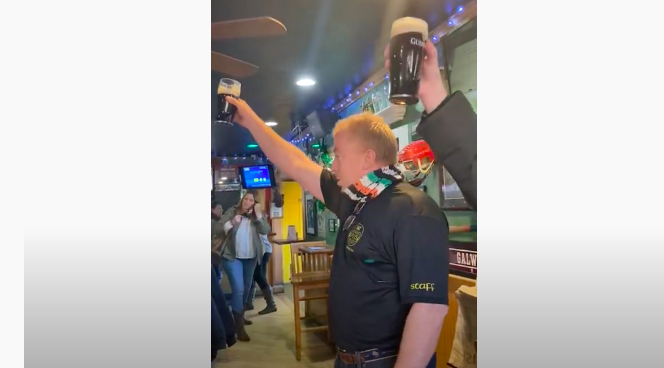 The South Shore Bar Pizza Social Club was created by KJB Trending in February 2020, on the eve of the Covid shutdowns, to support mom-and-pop eateries in the Boston area during what we knew would become a period of unprecedented difficulty in the American restaurant industry.

The group has succeeded beyond all expectations.

Don’t take our word for it. Listen to this impromptu, heartfelt toast from bar owner Tom “Otis” O’Toole as we stopped into rising-star South Shore bar pizza hotspot O’Toole’s Pub in Whitman, Mass. earlier this month.

The South Shore Bar Pizza Social Club now numbers nearly 25,000 very active members, all devoted to a peculiar style of pizza found only in the dive bars south of Boston.

The Facebook group has generated a wave of positive press around Greater Boston, including the Boston Globe, Boston Herald and many other outlets – all of it organic. (We’ve yet to push a single story to any media outlet, but will soon nationally.)

Most importantly, the South Shore bar pizza “craze” has helped save scores of local mom-and-pop businesses during the Covid crisis.

“We all know about the craze from South Shore Bar Pizza Social Club,” O’Toole announced to his patrons during his toast. “You know what it’s done for every small business around … I owe it all to (KJB Trending).”