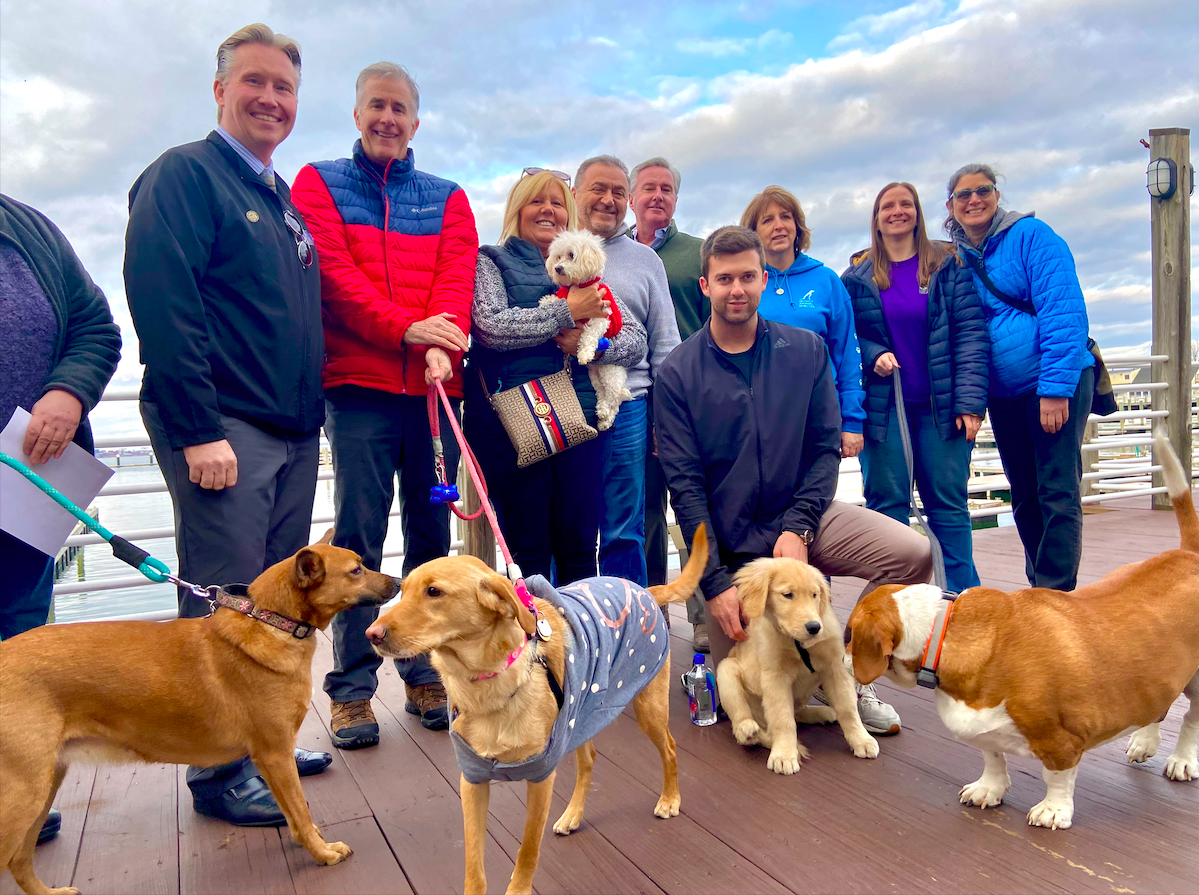 The celebration begins at noon, with the Parade of Puppies held promptly at 1 p.m. followed by the 2 p.m. showing of the 2021 Puppy Bowl on TV.  Victory Point will offer food and drink specials for both four-legged and two-legged guests during and after the event.

“The debut Parade of Puppies before the Big Game last year was a huge success, with dozens of beautiful puppies and dogs of all ages proudly parading down the Marina Bay boardwalk,” said Victory Point owner Donato Frattaroli.

“With the light at end of the tunnel in terms of our battle against Covid, we welcome the return of the Parade of Puppies in a safe, welcoming environment.”

Among the highlights: Victory Point and guests will anoint the 2021 “Puppy of the Year,” who will be honored with a guest watering station in their name this summer on the Marina Bay boardwalk.

The Victory Point Parade of Puppies is an effort to support housing and care for our community’s four-legged friends and neighbors. Proceeds from this year’s event will help outfit and furnish the planned new Quincy Animal Shelter on Quarry Street.

Donations can be made online at QuincyAnimalShelter.org. There will be a raffle and other donation opportunities during the event.

Guests are invited to bring their friends, family, children, dates and, of course, their favorite friendly pooch for a pre-game tailgate party on America’s biggest celebration day.

Guests are invited to stay for lunch, dinner, the game OR bring the tailgate party back home. Victory Point is offering in-house game-day-only items plus a special to-go Super Bowl menu that includes:

Call Victory Point (617-481-1070) for more information about the Parade of Puppies or to put in your gameday order.

The Parade of Puppies is largely an outdoor event. But guests are invited to join Victory Point indoors before, during and after the event, while adhering to all state-mandated Covid safety and occupancy restrictions.

The Parade of Puppies was created by KJB Trending and the Frattaroli Family, the owners of Victory Point and one of New England’s most prominent restaurant families. Victory Point owner and family patriarch Donato Frattaroli is, among other accomplishments, the founder of the Taste of the North End, one of the nation’s most successful food-centric fundraisers, and past president of the Massachusetts Restaurant Association.

Why I moved to Manhattan in the midst of riots, pandemic and curfews