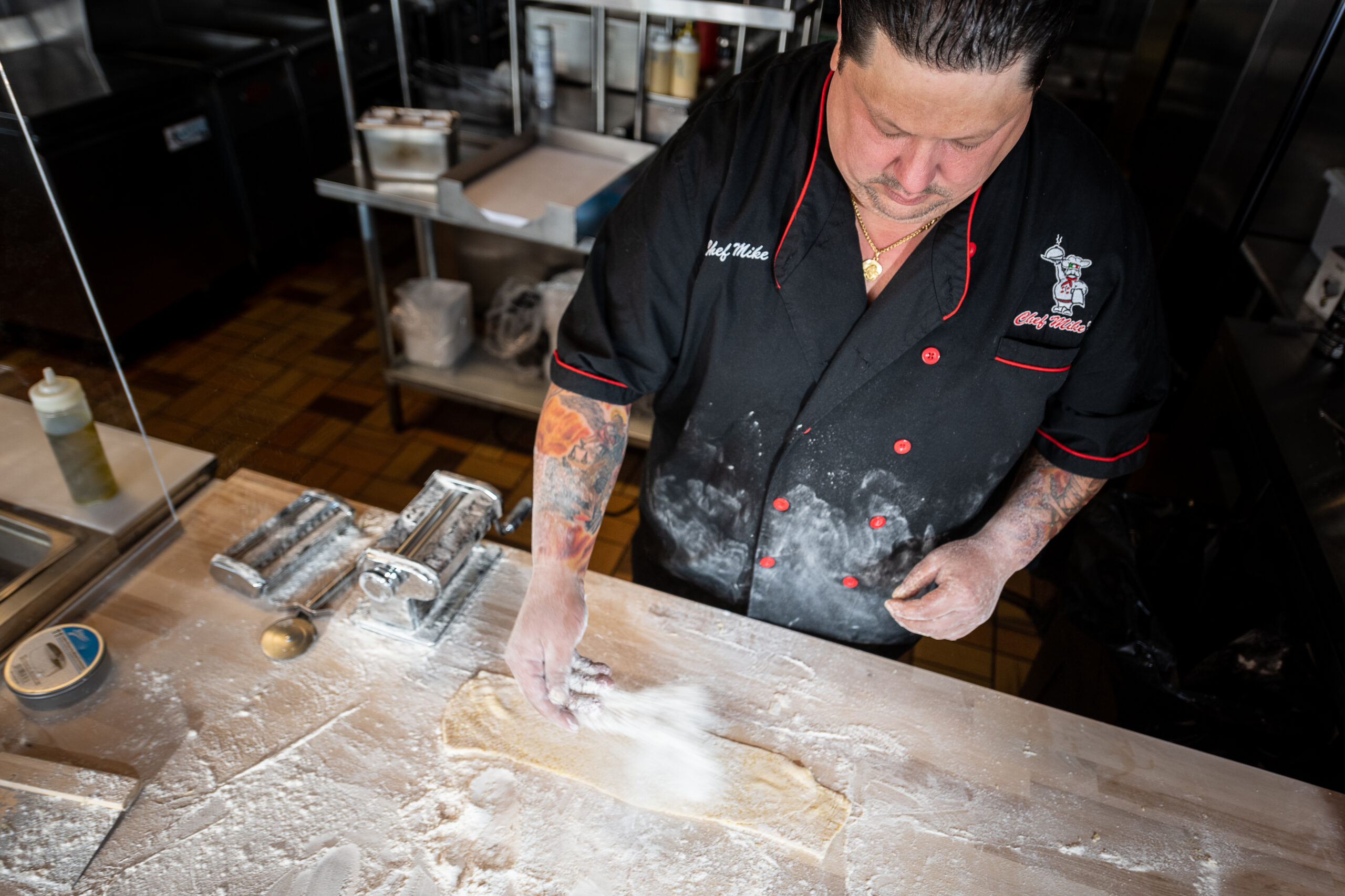 Chef Mike Fucci of Chef's Mike's in Needham, Mass. is among your neighbors battling the specter of Covid AND onerous government regulations that have tortured small business owners with incredible personal grief and financial stress.

(Note: chefs, restaurateurs and small-business owners are invited to send me their stories of struggling amid the Covid crisis at yourpandemicstory@gmail.com.)

Nobody over the past year of pandemic, hysteria and economic destruction has suffered worse than our restaurateurs and small-business owners.

These people, your family, neighbors and friends, face EVERY challenge and anguish caused by Covid that you do:

But it gets worse for our small business owners. Much worse.

They face all the daunting challenges of our times with the hands of the government wrapped firmly around their necks, strangling the life out of them.

The former we can’t avoid; acts of God an unfortunate part of the human condition. The latter we can avoid and should avoid at all costs.

Small-business owners are suffering personal, financial, familial and mental ruin: struggling to feed their kids, life’s work imploding, marriages falling apart from the stress, played like pawns by politicians issuing new “rules” each day AND – they’re facing all the concerns and dangers of Covid and every other health crisis that you face.

It gets even worse.

These small-business owners suffer the indignity every day of driving past their empty storefronts, dark holes where they once diligently toiled to live out their dreams, and then on the next block pass a big box-store parking lot packed with cars as a swarm of human animals inside crawls all over itself to score the latest Xbox.

(Check out the crowded scene at Macy’s in Manhattan last month, packed with Christmas shoppers while every restaurant in New York City was closed for indoor dining, with thousands closed permanently in 2020.)

Chefs, restaurateurs and small-business owners then get home, if they still have one, turn on the TV, and fume in anger at politicians out wining and dining, traveling and touring, playing by their own rules, and not the rules that apply only to the little people.

Keep in mind, while millions of small-business owners around the country face personal and financial ruin, not one politician has missed one single paycheck.

It’s as if politicians are purposely messing with the minds of our small business owners. It’s inexcusable. Murderers on death row get treated with more compassion.

Small business has never been worse; with some 800 closing every day. Big business have never been better. Walmart and those fine arbiters of free speech at Amazon are making more money than ever.

Absolutely criminal what politicians and a willing public are doing to these small business owners. More like torture. The government is torturing its own citizens, committing psychological warfare against its own people, right here in front of you – just to give you a sense of security that may or may not exist.

Many small business owners are suicidal. I know, because for much of the past year I’ve taken their calls in the middle of the night, talking distraught friends off the ledge as they peer into an abyss of personal ruin. Forced to lay off loyal employees, wondering how they’ll feed their kids, or keep a roof over their heads, let alone keep their businesses solvent.

Luckily, nobody I know has gone through with this most desperate of all decisions. But thousands of Americans have taken their own lives because of this crisis – I imagine many of them small-business owners, who are suffering more pain than any other group of people.

Year-end 2020 data, as far as I can find, is not yet available. But the Journal of the American Medical Association last year called the pandemic a “perfect storm” for suicide.

Many Americans actively cheerlead the effort to destroy their neighbors’ lives and businesses and attack anyone who speaks up for these victims, because they think these shutdowns make them safer. They expect other people to suffer so THEY feel safer.

It’s an extraordinarily selfish act for one set of humans to demand another set of humans suffer for their safety. Compassion in fact is the exact opposite: risking your own safety for the welfare of others.

Today’s society is in the middle of a mind-warping hysteria caused by Covid, by politicians who fan the flames of fear everytime they step to the podium, and by the incessant media Death Clock that literally clicks off the bodies live on national TV, fueling fear with no benefit to public safety.

Imagine a news crew rolling past a fire or school shooting, counting off the bodies as they lay on the street.

You’d be absolutely horrified. But this is how our media has handled the Covid crisis over the past year, fueling fear and warping all sense of perspective in the process. The 24×7 Death Clock is not a public service. It’s a human disaster.

Amid this needless hysteria, the meaning of compassion has been turned upside down. Today, compassion = the suffering of others.

The reality is this:

I know for a fact that many restaurateurs, perhaps a majority, feel unfairly targeted by government policy. But most are afraid to speak up for fear of the angry social-media mob. Small-business owners are afraid to lobby on their own behalf, on behalf of the welfare of their own families, for fear that they’ll be excoriated by a frightened public. It’s disturbing.

The reality is that there’s not a single shred of evidence any of these shutdowns have saved a single life. Not one. There never has been any evidence. There never will be any evidence, because we have no previous test case in which to measure the results. Past generations were never so dumb or so frightened as to attempt a widespread shutdown of entire sectors of the economy.

If anything, there is mounting international scientific evidence that these shutdowns were a disastrously failed public health experiment.

State-by-state data here in the U.S. confirms the same: Florida and Georgia, open for business with no mask mandates, have roughly half the Covid mortality rate of the states with the highest Covid mortality rates (NJ, NY, MA, RI), each of which has onerous restrictions and masking policies.

So while evidence that these shutdowns have worked is scant, there is plenty of evidence, overwhelming evidence, that these policies, formed amid fear, and passed on by panicked politicians, have caused the needless destruction of millions of innocent human lives and families.

Just look around you, look at the devastation in your own neighborhood. Look at the breakdown of civil discourse on social media. None of it necessary.

One day, when the hysteria passes, people will wake up and be ashamed of themselves for cheerleading the destruction of restaurants and small businesses, or for savaging those people with the temerity to stand up for the most vulnerable among us.

The time has come for the public, for the media and for politicians to put their fears aside long enough to allow our small businesses to breath again. These people, your friends, family and neighbors, suffer all the fears and anxieties you suffer. Except they’re suffering this crisis with the boot of the government crushing their necks.

The time is now to show some compassion for your neighbors. In fact, this time for compassion is long overdue.

After all, “we’re all in this together.”