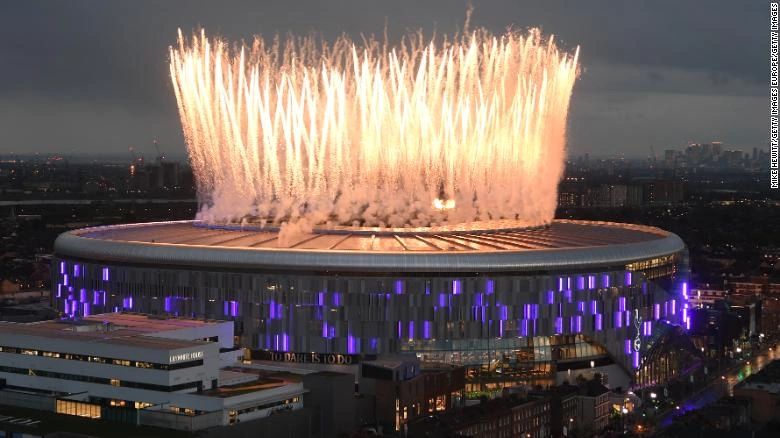 Famed North London football club Tottenham Hotspur opened a spectacular new home arena this month right next door to and over the footprint of its traditional home of White Hart Lane.

Tottenham Hotspur Stadium features, among other really cool things, the world’s first retractable soccer pitch, under which is a real NFL-ready American football field. The arena will host two NFL games during the 2019 season and the long-term goal is to bring a Super Bowl here, or maybe even an NFL team.

The stadium also features its own brewery and, right next to it, what is proclaimed to be the longest, largest beer bar in Europe.

The bar is about 60 yards long, covering the entire width of the south end zone. It’s just steps from the in-stadium Beavertown Brewery.

Tottenham Hotspur’s motto, “To Dare is To Do,” appears all around the arena. And right now Spurs are daring to do great things.

Tottenham is poised to finish in the top four of the Premier Legaue once again, which puts them into next season’s UEFA Champions League. They’re in the final four of the current Champions League for the first time in decades. And they just opened the world’s most spectacular new soccer venue. The arena may someday be the first foreign stadium to host an NFL Super Bowl.

Keep in mind, the the NFL invested in the stadium. So there is a serious commitment to bring American football to Tottenham.

Oh, and Tottenham now has the longest beer bar in Europe! What’s cooler than that?

Bottom line: it’s been a pretty memorable season for Tottenham fans at every level, maybe the most remarkable in the club’s 137-year history.