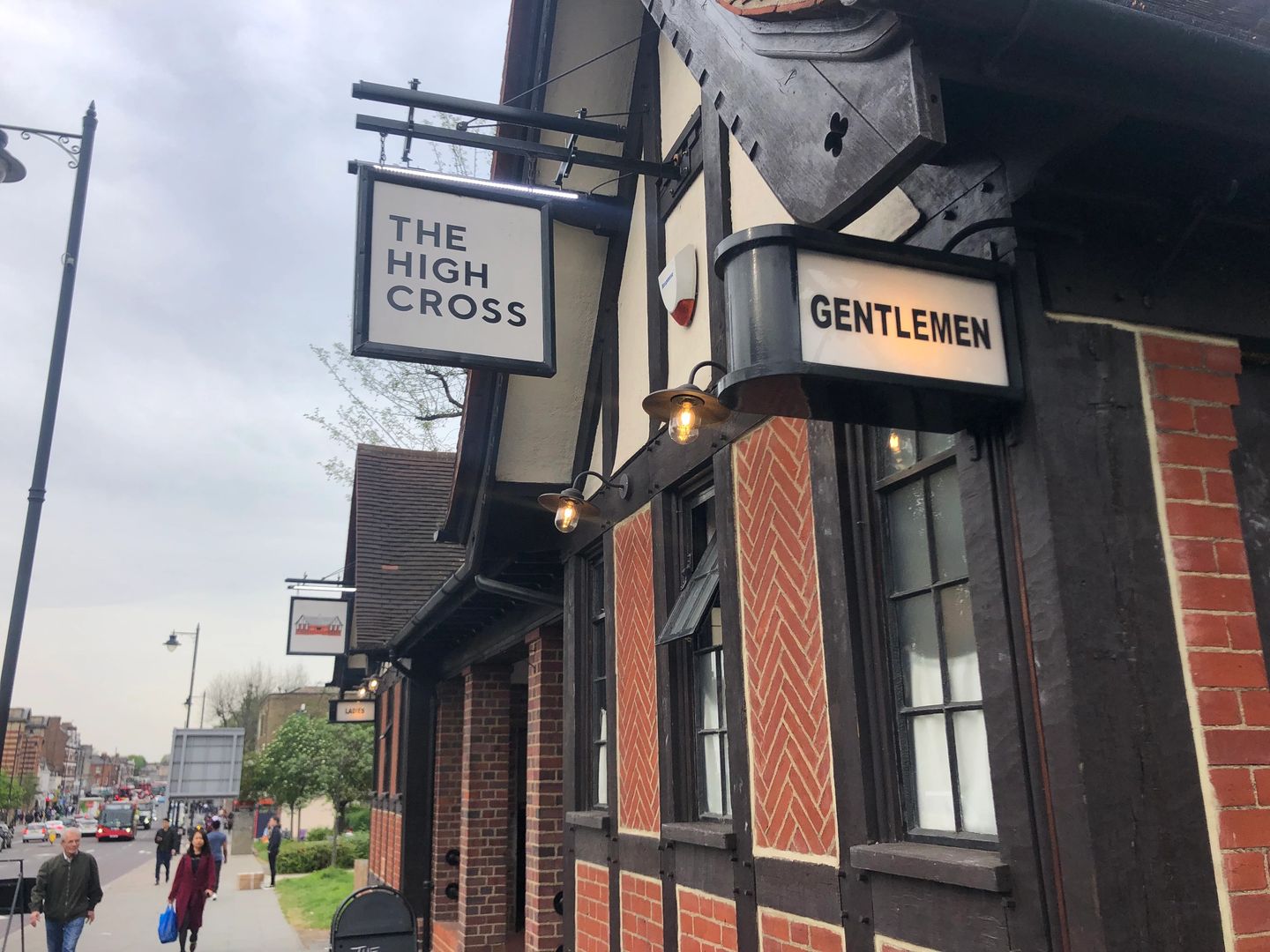 It also boasts a rather interesting if not entirely unique claim to fame.

The High Cross was converted from a former public bathroom right on High Road, the main thoroughfare through the London borough of Haringey. Signs for the old rest rooms still hang outside: ladies on the left, gentlemen on the right.

But these days the signs offer only a bit of decor hinting at the building’s history.

The day I visited they were pouring a cask of Hopspur Amber Ale from Tottenham neighbor Redemption Brewing. Hopspur is really good stuff: a gold medal winner from the SIBA Independent Beer Awards.

Tottenham’s new stadium will host two NFL games this fall and we’ll have a round-up fo all the coolest spots to drink around the arena before then. The High Cross will be high on the list.